As 2017 comes to a close it’s a time for totting up stats and taking a look at what we’ve managed to achieve over the course of the year. With regards the Peter Mackay Archive, we have every reason to feel pleased with the progress being made. We started the year by managing to raise a whopping £8,100 with your generous support through our crowdfunding campaign. Now, at the end of the year, we estimate that we’ve catalogued 40% of the collection and we have two dedicated volunteers who are helping us to tackle the rest.

The money we raised through the crowdfunding campaign funded an initial batch of digitisation that took in some 2,000 photographs and 60 political journals. This stage of our project was successfully completed and we are working through a mighty amount of metadata in order to make this material available to JSTOR’s Struggles for Freedom resource as soon as possible.

Additionally, we were delighted that our crowdfunding campaign won a commendation for ‘Campaign of the Year’ at The Herald Higher Education Awards on the 53rd anniversary of the independence of Malawi – a fantastic achievement that wouldn’t have been possible without our supporters, so thank-you from the crowdfunding team here at the University to everyone who contributed to the success of that campaign, no matter what form that contribution took. 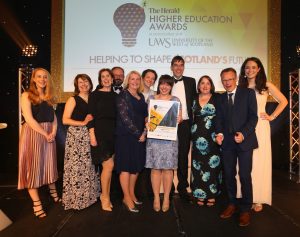 Rejoin the blog in the new year to hear more about some of Peter Mackay’s inspirational friends who played key roles in the development of Malawian politics and to explore how Tanzania got a new capital city. Until then all that’s left for us to do is wish you all a very merry Christmas.

By his own admission Peter Mackay couldn’t resist the ‘bugle call of work to be done’, even at Christmas time, and his journals often make no distinction between the 25th December and any other day of the year, using it as another opportunity to lay out his thoughts on various social, economic and political aspects of life in Southern Africa – but even Peter Mackay celebrated with a meal in the company of friends and had a lie in on Boxing Day. Happy holidays! 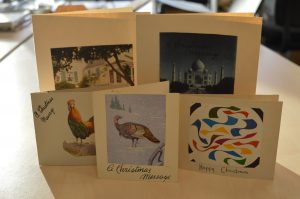 Christmas cards from inmates of Marandellas prison to Mackay, November 1959

Updates on our project